AMA Versity: all the answers to your questions 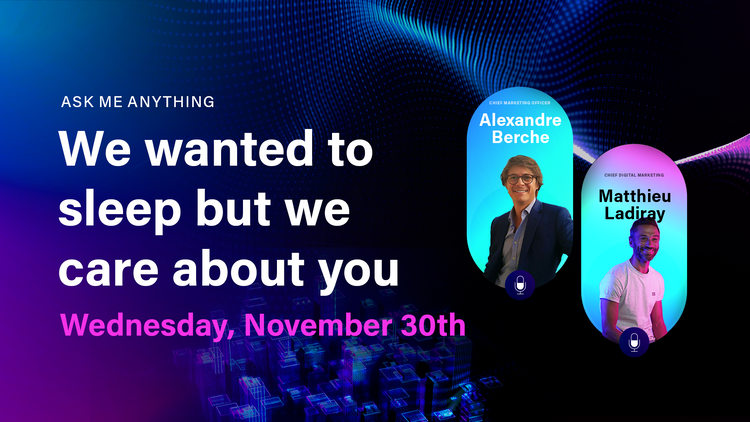 On November 8, Alexandre Berche, CMO & Matthieu Ladiray, CDO were on hand to answer all the community's questions about the Versity project.

As a reminder, here are a number of key elements explained during this AMA.

The number of Versity ICO rounds

As previously announced, the project is not only dependent on the ICO but also on historical investors. However, we still have the ambition to make our last round on a Launchpad.

With all the Versity team as well as advisors, we are currently studying possible changes on the number of Rounds, but also the repercussions on the current tokenism, the evolution of the SITY over time. We are currently putting all our efforts into the development of the project which in itself contains several projects (metavers, marketplace, SITY...).

We do not do what is called ""overmarketing"" i.e. mass marketing, because the project will sell with the added value it will bring to the real estate market, not by the number of marketing campaigns.  We are also in bear market, and the marketing budget will be better defined in bull market.

Les Agences de Papa is a company that has gained public trust, high awareness and a large share of the real estate market, thanks to added value.
Our ambition is to do the same for Versity, however the world of web3 and crypto is not yet well known by the general public. That's why we strive to develop an educational and open voice, in order to democratize this topic and talk to as many people as possible. But this work of notoriety takes time. Namely, it is important to emphasize that the popularity of the project of which does not depend only on marketing actions, but also on the health of the current crypto market, which is not at its highest level at the moment.

The international dimension of the Versity metaverse

We do not neglect the international part, but we simply do things in stages.
Versity is a multinational project, whose first stage is local. We also already have strategies in place to enter other markets, namely Switzerland, Belgium and Spain.

NFTs and zip codes in Versity

It seems useful to review this topic again. To be clearer, NFTs correspond to INSEE codes and not to postal codes, as indicated in the whitepaper.
Namely, there are about 34,900 INSEE codes, and about 6009 postal codes.

The reasons for this choice? In this approach based on a dimension specific to France, each PARSELL NFT must correspond to a unique postal code, and thus depends on the specificities and cadastral and communal limitations specific to France. Now today several communes can have the same postal code. but each commune does carry a unique INSEE code.

To be able to determine a unique postal code, we must go through the INSEE code.

To join the ICO and be part of the first 1000 investors, it's right here!