What is web3? The Versity definition 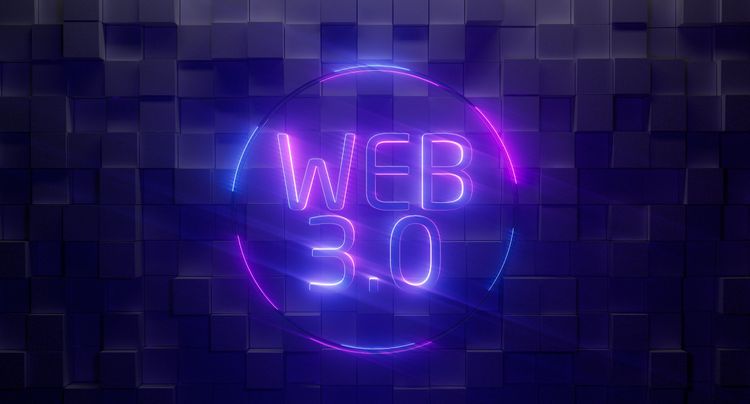 It promotes the sharing of information and content (texts, videos, images...): this is the emergence of social media. Here, companies own all user data, and use it to make a profit by running ads. Users are not owners.

Built using decentralized blockchain technology, which allows users to own tokens that represent ownership of web3 platforms.  Community members have the opportunity to own a piece of the platforms they help build. Progress awaits us!

The principle of web3 is this: the decentralization of data and the reappropriation by Internet users of their digital identity. A new paradigm is born. We are still far from a generalized model, but a whole ecosystem is developing services adopting this philosophy.

With web3, data is therefore no longer centralized in the servers of the largest corporations. It is decentralized and held by a community that includes the user. In other words, each device that the community uses is considered a server, which allows users to control their data as well as the services they browse.

To do this, web3 relies on the principle of the blockchain: it contains a register of all interactions between users. As a result, only this data is stored on the computers of the different actors. The web3 would then be operated, owned and improved by its own users.

As you can see, the web as we know it still has a long way to go in order to become the most advantageous for all its actors.

The future with web3

The web3 as we know it complements the web 2.0 and remedies the negative consequences of its centralization. However, web 2.0 retains advantages in terms of scale, customer service, and customer protection.

As such, it is very likely that the majority of companies will continue to use web 2.0 for most applications until the next decade. In the meantime, they will only go through web3 for applications that feature new business models based on blockchain. Indeed, web3 brings a host of powerful new tools, which are nevertheless not the most intuitive.

Web3 applications are already here, but whether or not the concept will become mainstream in its current form remains a matter of speculation. Autonomy and decentralization are central to the vision, but the question is whether governments and regulators will allow them. Lack of oversight and control will always lead to safety, security and legal issues, which is already a major concern.

In the end, each paradigm shift has its own set of challenges that are addressed as it evolves. Many companies have already adopted web3 technologies to stay ahead of the curve, while many are still exploring the possibilities. Forward-looking business leaders need to prepare themselves and their organizations to embrace web3 when it arrives.

web3: who are the actors?

With its exponential growth, web3 is gaining more and more attention. So, who are those who actively participate in its growth? There are several profiles and actors in this field who work and advance together in the same direction and on a daily basis. Their main objective: to democratize Web3.

The builders actively participate in the development of Web3 by contributing ideas, filling needs or bringing new ways of operating to the system. A builder can therefore be a CEO, a developer, an artist or even a designer...

Investors are interested in Web3 because they see a promising future and a revolutionary technology, so they decide to invest part of their wealth to participate in the development of this technology. They are not necessarily involved in it on a daily basis but naturally have a more developed interest in it than the norm.

validators (called "miner" in the case of PoW) retrieve new transactions by checking that they follow the rules and including them in the new block. Then they proceed to validate. These are the people who are in charge of verifying transactions on some blockchains, without them, the system would not work.

Want to dig deeper into the topic of web3? Find out more about the history and origins of the metaverse!